Next fight of Eleider Alvarez is not determined yet. Full fight video of Joe Smith Jr. (26-3, 21 KOs) vs Eleider Alvarez (25-2, 13 KOs) battle, which was the main event of the evening from Top Rank in Las Vegas. The bout was an eliminator for the WBO light heavyweight title. Top Rank won the tender for the organization of the fight for the status of the official challenger for the WBO light heavyweight title between Gilberto Ramirez (40-0, 26 KOs) and Eleider Álvarez (25-1, 13 KOs). The winning bid was 350,000 dollars. The WBO light heavyweight champion Sergey Kovalev plans to fight on for at least another two years. The athlete said this during an online conference with his fans. On February 3, Kovalev defeated Eleider Alvarez by unanimous decision and regained the WBO title. 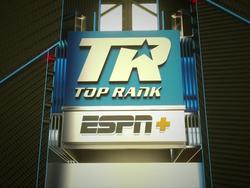 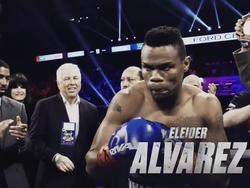 WHAT IS ELEIDER ALVAREZ'S RECORD?

WHAT WAS ALVAREZ'S LAST FIGHT?

HOW ACTIVE IS ELEIDER ALVAREZ?

Alvarez's last 3 fights have come over a period of 1 year, 6 months and 20 days, meaning he has been fighting on average every 6 months and 6 days. In those fights, he fought a total of 28 rounds, meaning that they have lasted 9 rounds on average.

WHERE IS ELEIDER ALVAREZ FROM?

Alvarez was born in Colombia.

HOW OLD IS ELEIDER ALVAREZ?

HOW LONG HAS ALVAREZ BEEN FIGHTING?

Eleider Alvarez made his professional debut in August 2009, so he has been a pro for 13 years.

HOW TALL IS ELEIDER ALVAREZ?

WHAT IS ALVAREZ'S REACH?

WHAT STANCE DOES ELEIDER ALVAREZ USE?

Alvarez fights from a orthodox, which means he favours his right hand as his power hand when fighting.

WHAT WILL BE ELEIDER ALVAREZ'S NEXT FIGHT?