Next fight of George Groves is not determined yet. Former World Super Middleweight Champion George Groves respects the fighting ability of the invincible Alexandra Usik... During his professional career, the Olympic gold medalist became the undisputed world champion in the first heavyweight division - the first to do so in the era of four championship belts. In September, Usyk reached another important milestone, beating Anthony Joshua and having won the IBF, WBA and WBO heavyweight titles. Former super middleweight champion George Groves ended his boxing career in 2018 and is now enjoying the delights of life, occasionally giving fans exciting boxing memories. This time, George talked about his sparring with one of the strongest middleweight champions in history, the still-standing 39-year-old Gennady Golovkin (41-1-1, 36 KOs). In the main event of the evening at the arena in Jeddah, Saudi Arabia, Callum "Mundo" Smith (25-0, 18 KOs) from Liverpool knocked out George Groves (28-4, 20 KOs) in the seventh round, took away his WBA super middleweight title and won the championship belt of The Ring magazine and the Muhammad Ali Trophy. Time of the stoppage was 2:04. 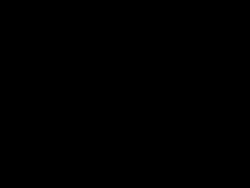 WHAT IS GEORGE GROVES'S RECORD?

WHAT WAS GROVES'S LAST FIGHT?

George Groves's last fight took place against Callum Smith on Sept. 28, 2018, in Jeddah, Saudi Arabia. He lost by KO in the 7 round. That fight was 2 months and 2 days ago.

HOW ACTIVE IS GEORGE GROVES?

Groves's last 3 fights have come over a period of 11 months and 14 days, meaning he has been fighting on average every 3 months and 24 days. In those fights, he fought a total of 23 rounds, meaning that they have lasted 7 rounds on average.

WHERE IS GEORGE GROVES FROM?

Groves was born in United Kingdom.

HOW OLD IS GEORGE GROVES?

HOW LONG HAS GROVES BEEN FIGHTING?

George Groves made his professional debut in November 2008, so he has been a pro for 14 years.

HOW TALL IS GEORGE GROVES?

WHAT STANCE DOES GEORGE GROVES USE?

Groves fights from a orthodox, which means he favours his right hand as his power hand when fighting.

WHAT WILL BE GEORGE GROVES'S NEXT FIGHT?