Next fight of Jerwin Ancajas is not determined yet. A live broadcast of a boxing evening from Stockton, California, in the main event of which IBF super flyweight champion Jerwin Ancajas will defend his title in a fight against Ryuichi Funai. Also this evening, IBF light heavyweight champion Arthur Beterbiev will meet Radivoje Kalajdzic. A live broadcast of the boxing evening from the American Fresno, California, in the main event of which spectacular Philippine puncher Jerwin Ancajas (29-1-1, 20 KOs) will defend his IBF Super-Flyweight title against his compatriot Jonas Sultan (14-3, 9 KOs). In his debut battle on the US soil in one of the main events of the evening in Corpus Christi, Texas, Filipino Jerwin Ancajas (27-1-1, 19 KOs) scored a TKO victory in the 10th round over Mexican Israel Gonzalez (20-2, 8 KOs) and defended his IBF super flyweight title. 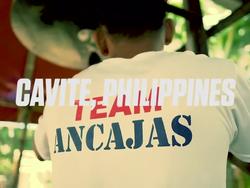 WHAT IS JERWIN ANCAJAS'S RECORD?

WHAT WAS ANCAJAS'S LAST FIGHT?

Jerwin Ancajas's last fight took place against Fernando Daniel Martinez on Oct. 8, 2022, in Carson, USA. He lost by UD in the 12 round. That fight was 1 month and 27 days ago.

HOW ACTIVE IS JERWIN ANCAJAS?

Ancajas's last 3 fights have come over a period of 1 year, 5 months and 28 days, meaning he has been fighting on average every 5 months and 29 days. In those fights, he fought a total of 36 rounds, meaning that they have lasted 12 rounds on average.

WHERE IS JERWIN ANCAJAS FROM?

Ancajas was born in Philippines.

HOW OLD IS JERWIN ANCAJAS?

HOW LONG HAS ANCAJAS BEEN FIGHTING?

Jerwin Ancajas made his professional debut in July 2009, so he has been a pro for 13 years.

HOW TALL IS JERWIN ANCAJAS?

WHAT STANCE DOES JERWIN ANCAJAS USE?

Ancajas fights from a southpaw, which means he favours his left hand as his power hand when fighting.

WHAT WILL BE JERWIN ANCAJAS'S NEXT FIGHT?