Next fight of Serhii Bohachuk is not determined yet. In a hard-fought fight, the sixth number of the WBC rating in the first middleweight Sergei "El Flaco" Bogachuk (22-1, 22 KOs) scored an early victory in the sixth round over Nathaniel Gallimore (22-7-1, 17 KOs) by defending his WBC Continental Americas title in the main event of the evening at the Quiet Cannon Club in Montebello, California. Ukrainian boxer Sergei Bogachuk shared his opinion about Alexander Usik. He noted the extent to which Alexander provides assistance to Ukrainians affected by the war. Ukrainian boxer Sergei Bogachuk spoke about Vasily Lomachenko, who from the very beginning of a full-scale war with Russia did not condemn the military aggression of the Russian Federation. Boxer of the first middle weight from Vinnytsia Sergei "El Flaco" Bogachuk (21-1, 21 KOs) had an open training session in Southern California last Saturday at the Wild Card Gym ahead of his 10-round bout for the WBC Continental Americas regional title against Nathaniel Gallimore (22-6-1, 17 KOs) this coming Friday, January 27, in Montebello. Promising Ukrainian boxer Sergei Bogachuk (21-1, 21 KOs) shared his opinion on the position Vasily Lomachenko (17-2, 11 KOs), who has not yet condemned Russia for a full-scale war in Ukraine. 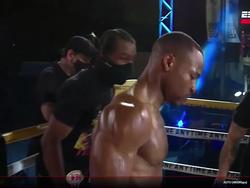 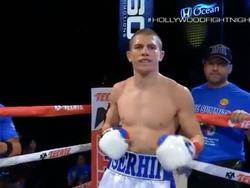 WHAT IS SERHII BOHACHUK'S RECORD?

WHAT WAS BOHACHUK'S LAST FIGHT?

Serhii Bohachuk's last fight took place against Nathaniel Gallimore on Jan. 27, 2023, in Montebello, USA. He won by KO in the 6 round. That fight was 13 days ago.

HOW ACTIVE IS SERHII BOHACHUK?

Bohachuk's last 3 fights have come over a period of 1 year, 10 months and 23 days, meaning he has been fighting on average every 7 months and 17 days. In those fights, he fought a total of 16 rounds, meaning that they have lasted 5 rounds on average.

WHERE IS SERHII BOHACHUK FROM?

Bohachuk was born in Ukraine.

HOW OLD IS SERHII BOHACHUK?

HOW LONG HAS BOHACHUK BEEN FIGHTING?

Serhii Bohachuk made his professional debut in February 2017, so he has been a pro for 6 years.

HOW TALL IS SERHII BOHACHUK?

WHAT STANCE DOES SERHII BOHACHUK USE?

Bohachuk fights from a orthodox, which means he favours his right hand as his power hand when fighting.

WHAT WILL BE SERHII BOHACHUK'S NEXT FIGHT?